The Trump Opioid Plan will Force Untreated Seriously Mentally Ill out of Hospitals, onto Streets and into Jails 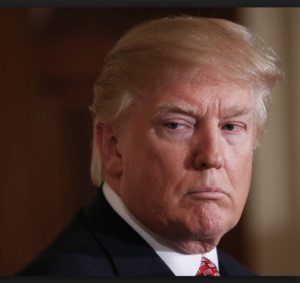 (October 26, 2017) New York, NY. Today, President Donald Trump announced a plan to end the Institutes for Mental Disease (IMD) Exclusion for substance abusers. According to DJ Jaffe, author of Insane Consequences: How the Mental Health Industry Fails the Mentally Ill and Executive Director of Mental Illness Policy Org, “This plan will force more mentally ill into homelessness and turbocharge the mental illness-to-jail pipeline.” Under the Trump plan, hospitals with more than 16 beds still won’t get Medicaid reimbursement to treat people who are seriously mentally ill, but will get reimbursed to treat substance abusers.  Hospitals will therefore kick the non-reimbursable mentally ill out to make room for reimbursable substance abusers. This federal government should end the IMD Exclusion for all. That will help keep patients healthier and the public and police safer.

DJ Jaffe is Executive Director of the non-partisan Mental Illness Policy Org., and author of Insane Consequences: How the Mental Health Industry Fails the Mentally Ill. He is a critic of the mental health industry for ignoring the seriously ill, and has been advocating for better treatment for individuals with serious mental illness for over 30 years. He has written op-eds on the intersection of mental health and criminal justice policy for the New York Times, Wall St. Journal and the Washington Post. New York Magazine has credited him with being the driving force behind the passage of New York’s Kendra’s Law and Congress incorporated ideas proposed by DJ in the Helping Families in Mental Health Crisis Act.
Share This Page:
Share on Facebook Share
Share on TwitterTweet
Share on Google Plus Share
Share on LinkedIn Share
Send email Mail
Print Print
DJ Jaffe2019-01-23T09:25:49-06:00