April 21, 2017 (7:00 PM) President Trump just announced the appointment of Dr. Elinore McCance Katz as Assistant Secretary of Mental Health and Substance Use Disorders. She is currently Chief Medical Officer of the Rhode Island Department of Behavioral Healthcare and Professor of Psychiatry and Human Behavior at the Alpert School of Medicine at Brown University.

However, prior to that she was Chief Medical Officer of the Substance Abuse and Mental Health Services Administration (SAMHSA). She left after two years and wrote a blistering critique in Psychiatric Times of the agency she will now head. The headline of the article told it all, “The Federal Government Ignores the Treatment Needs of Americans With Serious Mental Illness.” It describes how SAMHSA funds junk science anti-psychiatry and prevents people with serious mental illness from getting treated.

Dr. E. Fuller Torrey has been highlighting the problems at SAMHSA for many years, and I picked up the call writing op-eds and creating a whole site documenting the failures at SAMHSA and sharing that information with reporters and legislators. Representative Tim Murphy made reform of SAMHSA a priority, and created the position of Assistant Secretary of Mental Health and Substance Use Disorder, and asked for a GAO report that found SAMHSA fails to coordinate care.

This is a great appointment. Trump is rumored to have been considering another terrific candidate, Judge Steve Leifman who has a long history of trying to improve services for the seriously mentally ill. As the mental health industry has abandoned the most seriously mentally ill, It is corrections, police, sheriffs, judges and other in criminal justice system who are picking up the slack. Ultimately Trump went with someone who had a medical background. Forensic Psychiatrist Michael Welner was also rumored to be in the running but perhaps the association with criminality hurt his chances.

It is likely that her appointment will be opposed by those who want to continue to receive SAMHSA funds without any obligation to serve the seriously ill and want to use the funds for programs that lack evidence. We must make sure she is confirmed.

It is also important that her second-in-command, who will likely run SAMHSA day-to-day also be reform-minded.  SAMHSA needs to be headed by a change agent.  Someone who in their heart of hearts really  wants to help the seriously mentally ill, and is tough enough to force the agency to change.

I am a Democrat, but this was a great choice by President Trump. Thank you for your advocacy on behalf of those with serious mental illness. 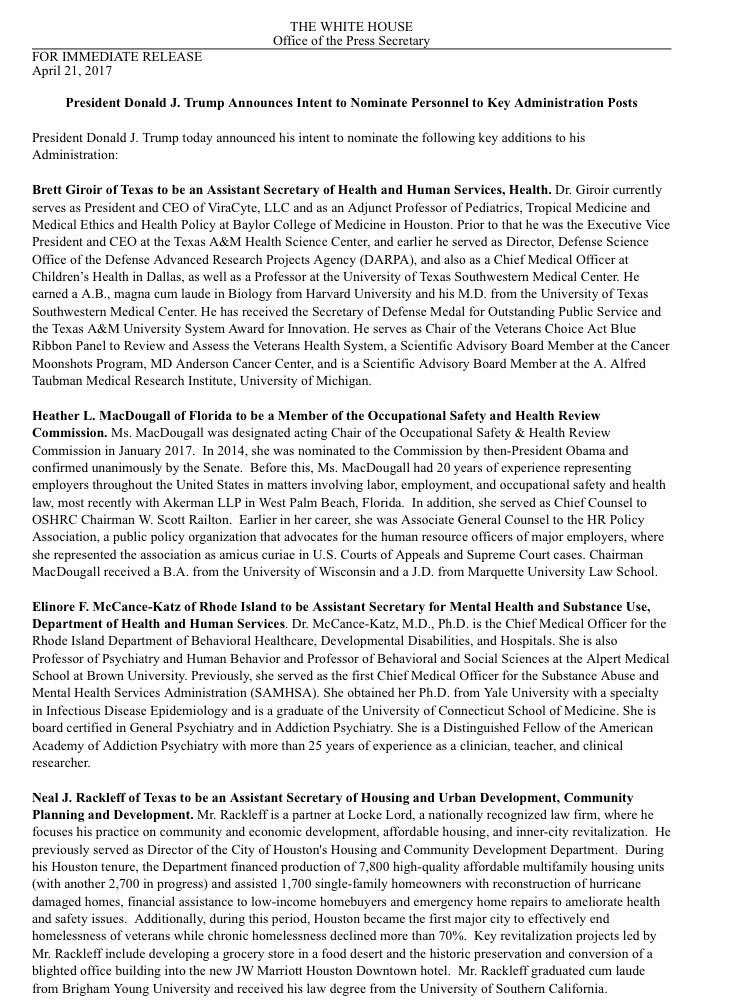 On a separate note, I am delighted that so many are buying my book, “Insane Consequences: How the Mental Health Industry Fails the Mentally Ill” which gives advocates and legislators information they need to change the system, and reporters easy access to data to report on it. Available in hardcover Nook and Kindle on Amazon and Barnes and Noble. Let me know if you would like to schedule a Book Signing. 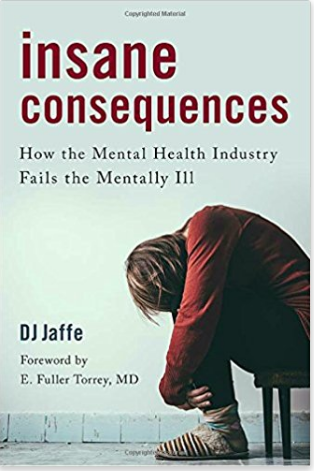 DJ Jaffe is Executive Director of the non-partisan Mental Illness Policy Org., and author of Insane Consequences: How the Mental Health Industry Fails the Mentally Ill. He is a critic of the mental health industry for ignoring the seriously ill, and has been advocating for better treatment for individuals with serious mental illness for over 30 years. He has written op-eds on the intersection of mental health and criminal justice policy for the New York Times, Wall St. Journal and the Washington Post. New York Magazine has credited him with being the driving force behind the passage of New York’s Kendra’s Law and Congress incorporated ideas proposed by DJ in the Helping Families in Mental Health Crisis Act.
Share This Page:
Share on Facebook Share
Share on TwitterTweet
Share on Google Plus Share
Share on LinkedIn Share
Send email Mail
Print Print
DJ Jaffe2019-01-23T07:22:17-06:00