Mental Illness Policy Org. was founded by DJ Jaffe in 2011 to provide unbiased and easy-to-access information for the media and policy makers about the care and treatment of people with serious and persistent mental illness. The issues facing the seriously mentally ill differ from the problems that affect the much broader population of people who have issues like anxiety and mild depression. The needs of the seriously ill often get lost in the larger dialogue about mental health. Being honest about this population requires addressing difficult issues like violence and involuntary treatment, issues many organizations prefer to avoid.

Mental Illness Policy Org. brings together the best research and insights from writers and researchers around the world who have studied serious mental illness, and synthesizes their scholarship into actionable policies designed to improve care, save money, and keep public and patients safe.

Difference between Mental Illness Policy Org. and other organizations

Mental Illness Policy Org. focuses on serious mental illness, not mental health. We focus on the 4% of adults over 18 who are most seriously ill, mainly suffering from schizophrenia and treatment-resistant forms of bipolar disorder. Other organizations focus on the 20% of people who have any sort of ‘mental health condition’ no matter how mild. Rather than ignoring the most seriously ill, we attempt to help them.

Five Policies that Save Money, Improve Care, and Keep Public and Patients Safer

Likewise, the 4% of the population suffering from a serious mental illness like schizophrenia or treatment-resistant bipolar disorder who get treatment, are no more violent than the general population.

But members of the 4% group who go off the treatment that previously prevented them from being hospitalized, psychotic or violent, are, as a group, more violent than the rest of the population. The violence rate among members of this group increases when they abuse substances like drugs and alcohol.

What can make people with serious mental illness become violent?

Almost everyone has issues with involuntary commitment and involuntary treatment. Rather than saying “it’s a difficult issue” and dropping it, we study science and law and support policies that balance patients’ right to freedom, their right to receive treatment, the public’s right to safety, and sound fiscal policy.

Maintaining Mental Illness Policy Org. and advocating for people with mental illness is a labor of love. But it is expensive. We accept no government funds nor funds from pharmaceutical companies or healthcare providers, in order that we may speak truth to power. Our funding comes primarily from small donations from families of the seriously mentally ill. Donations are appreciated.

DJ Jaffe has a sister-in-law with schizophrenia and has been advocating for the seriously mentally ill since the mid 1980s. He has held positions with the following organizations: 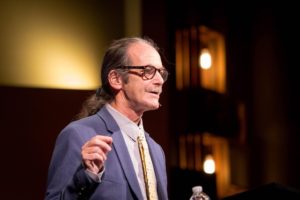 His articles and recommendations have been published in numerous magazines and newspapers including The New York Times, The Wall Street Journal, The Washington Post, National Review, Forbes. He has appeared on national news broadcasts explaining issues surrounding mental illness and violence. Federal, state and local policy makers have solicited and relied on his scholarship. He is widely credited as the primary mover behind Kendra’s Law, New York state legislation that allows judges to mandate treatment for people with serious mental illness and a history of violence. He is the author of Insane Consequences: How The Mental Health Industry Fails The Mentally Ill (Prometheus Books, 2017).

DJ is credited with passing NY’s Kendra’s Law and played a major role in passing certain provisions of the Helping Families in Mental Health Crisis Act that were eventually incorporated in the 21st Century CURES Act.