May is being celebrated as Mental Health Awareness Week or Month (MHAW or MHAM). In celebration, well-intentioned advocates are hosting events they think reduce the “stigma” of mental illness. But they are inadvertently perpetuating it.

Mental Health Awareness Week efforts are designed to work by diverting attention away from those who need our help the most: the most seriously mentally ill. The anti-stigma campaigns work to reduce ‘stigma’ by convincing the public that “the mentally ill are just like you and me” and “with proper supports everyone can become productive members of society.” Those two facts are true, if you’re talking about the 18% of Americans who have a “diagnosable mental disorder” and some seriously ill who get treatment.

But what about the others? The 4% of Americans who are the most seriously mentally ill—like those suffering from schizophrenia or treatment-resistant bipolar disorder, the very mentally ill people who are not “like you and me” and need our help the most? MHAW public service announcements never feature the homeless psychotic, eating out of garbage cans, sleeping in cardboard homes, and living with festering wounds under layer after layer of filthy clothes, or those locked behind bars or in institutions. Why? The stigma advocates fear that showing the most seriously ill will create stigma. But trying to gain sympathy for mental illness by only displaying the highest functioning, is like trying to gain support for ending hunger by only showing the well-fed.

Instead of fighting ‘stigma’ advocates should be fighting discriminatory laws and prejudicial polices. Discrimination and prejudice really do exist. ‘Stigma-busting’ has become the black hole of advocacy: sucking thousands of advocates away from lobbying for important policy changes. It’s easier to tweet about stigma and claim you are against it, than to meet with a legislator to gain support for more and better services. 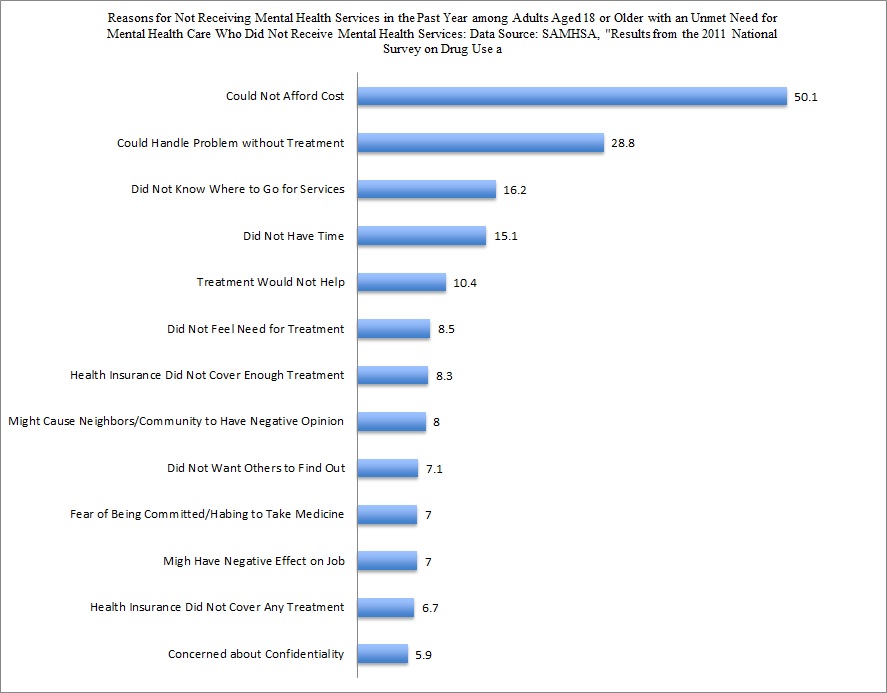 And here’s the kicker: Research shows that ‘stigma’ is not even a big reason people with serious mental illness don’t get care. Every mom or dad who has tried to get care for a loved one, knows stigma is far behind anosognosia, lack of services, lack of transportation, not having the money to pay for services, lack of availability of doctors and other constraints.

When May is over, and the awareness walkathons only a memory, I hope those who participated will turn to helping those who are so imprisoned, impoverished and punished by their psychosis, that they are not at all “like you and me”—the 140,000 mentally who are homeless, the 392,000 who are incarcerated due to acting out when untreated, the thousands who are in state psychiatric hospitals, and the 28% who get food from garbage cans. They don’t deserve to be ignored. Least of all by those who say they want to help.

DJ Jaffe is Executive Director of Mental Illness Policy Org., and author of the just released, “Insane Consequences: How the Mental Health Industry Fails the Mentally Ill” available in hardcover and ebook on Amazon and Barnes and Noble and your local bookstore.